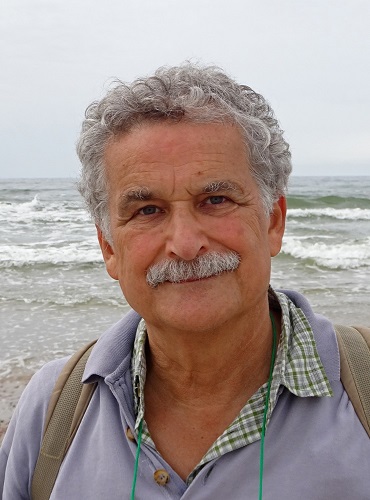 Coastal Zone Management, which is already complex due to the multiplicity of conflicting uses that it hosts, residential, tourism, industrial, transport, must now face the challenges associated with climate variability. The alert for sea level rise had already been launched in the 70s of the last century, but few had collected it, given that the effects on coastal dynamics were limited and, in any case, lower than those induced by other processes.

And even now, that the phenomenon is becoming more relevant and the future scenarios more accurate, and in which the increase in energy and the frequency of extreme events also seems ascertained, the problem is not addressed by decision makers with due attention.

While in some non-European countries, and also European ones – but not on the Mediterranean coast – national strategies are being formulated for a sustainable management of climate variability, very little, and in limited geographical contexts, it is actually done on our coasts.

But the effects are beginning to be felt and the time to make our societies capable of managing the problem is extremely long, so much so that any further delay will have unsustainable environmental, economic and social costs.

Only a shared vision of problems, objectives and solutions, as well as the continuous exchange of experiences, will allow countries bordering the Mediterranean to face the future with the hope of winning this challenge all together.

Here then is that network of administrations, research institutes, economic operators, but more than anything else of people, which over the years has been built around the European projects concerning the coasts, can allow us to make up for lost time.
This is because, despite the negative evaluations I have previously expressed on how the problem has been addressed, in reality much work has been done; but there was still no maturity, and more often the courage, on the part of the political world to take on the right responsibilities in the face of future generations, preferring to give immediate answers to current stakeholders.

What is now the Beachmed Association inherits a great wealth of relationships, knowledge and experiences, but, just for this reason, also a great responsibility: to help our society to make that qualitative leap which will make it possible to manage our coasts in a sustainable way, respecting social and transgenerational equity, with a new vision of how we will have to live on the shores of the Mediterranean.

This will require not only huge economic resources and in-depth scientific and technical knowledge, but more than anything else a great attention to the social structures that will be determined. The sharing of objectives and paths with the various components of society is the essential element for success.

Ultimately, the future of our coasts is based on the wider circulation of ideas, and this is precisely of Beachmed Association priority mission, to which my most sincere wishes go, … and in which I place my most demanding expectations!